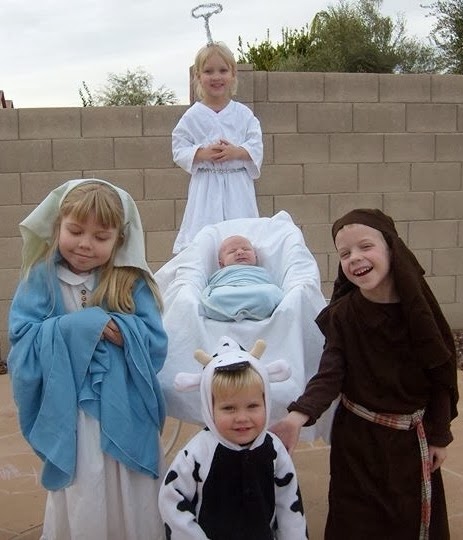 A blessed Christmas from our holy family to yours!
Posted by JoAnna Wahlund at 4:29 PM No comments:

Email ThisBlogThis!Share to TwitterShare to FacebookShare to Pinterest
Labels: Christmas

This is going to be quick, for reasons explained later - but we have the boots and bar!


We got to Phoenix Children's Hospital at 11:30 on Thursday, and shortly afterward Peter's final casts were removed. Dr. Segal checked out his feet and the tenotomy incisions, declared them both good, and wrote out the prescription for the boots & bar.

We went to Hanger - the branch nearest PCH specializes in pediatric orthotics - for the boots and bar. We were shown to an exam room. The orthotist, Ellen, came in and did measurements. I washed and dried Peter's feet, removing the last little bits of gauze. I also applied lotion to his legs and feet as the skin was all flaky from the casts, and put on his new socks.

Ellen brought in the BNB and showed us how to put them on him. It's going to be a while before I get the hang of it!


Later that evening, he got the first bath since the day he was born! He was unsure at first but quickly adjusted. 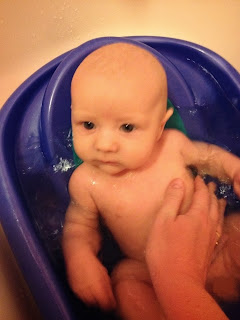 Unfortunately, Peter hates the brace so far. :( He barely slept at all Thursday night, and he's been very fussy/cranky since then. I am typing this one-handed because he fusses when I'm not holding him.  I hope he adjusts soon - I'm trying to get ready for Christmas and am still figuring out babywearing with the brace.

Email ThisBlogThis!Share to TwitterShare to FacebookShare to Pinterest
Labels: Boots and bar

We get the boots and bar tomorrow! 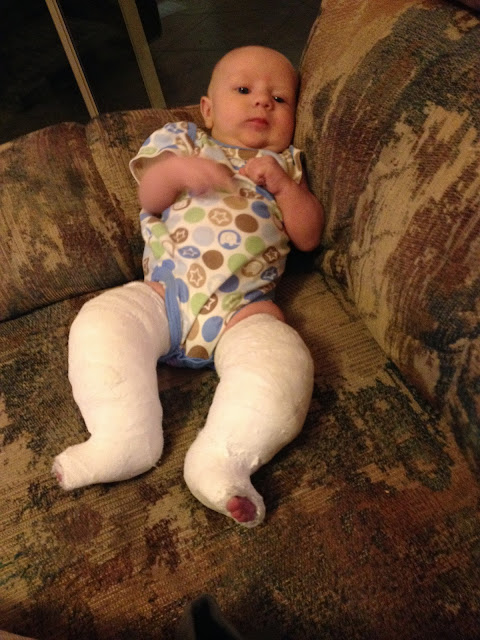 I can't wait to give him a real bath!
Posted by JoAnna Wahlund at 8:22 PM No comments:

Email ThisBlogThis!Share to TwitterShare to FacebookShare to Pinterest
Labels: Boots and bar, casts

Peter is scheduled to get his casts off and receive his boots and bar December 12! Ahhhhh! I'm simultaneously excited and apprehensive about the next stage of this journey.
I went back to work yesterday and Peter did great at his first day of daycare. He was a little clingy last night, but that's okay because all I wanted to do was hold him. I missed my sweet boy! 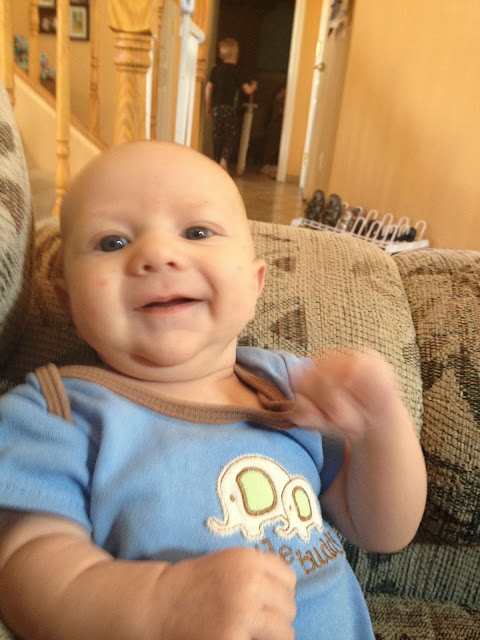 Posted by JoAnna Wahlund at 11:22 AM No comments: