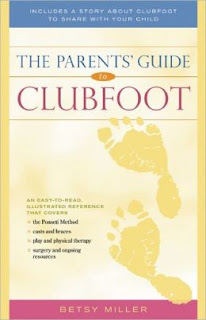 Posted by JoAnna Wahlund at 9:03 PM

Thanks for commenting! If you have a clubfoot blog that you'd like to add to my blogroll, please e-mail me at jrwahlund@gmail.com.